The version of art history related to us in our college courses should not by any means be taken as a disinterested, objective endeavor. No, in order to portray an elegant “progression” from realism to impressionism to modernism, many of the nuanced stops along the way are conveniently ignored to give the impression that high modernism and abstract expressionism were necessary outcomes of the process of modernity. In actually, the straight and narrow time-line of western art looks far more like a bush; branches split and tangle and sometimes come to dead ends. This is a complicated history with many factions and also unusual bedfellows.

Take for instance the fact that modern art diverged from “realism” in the late 19th century, leading to two significantly dominating lineages: impressionism/expressionism/modernism in the west, and naturalism/social realism in the east. Our art history teaches tell us that narrative representation was completely eclipsed by modernism and all but obliterated (and justly so). However, for the better part of the 20th century, half the world was invested in a tradition completely foreign to the west, and particularly the United States, with roots in French naturalism of the 19th century.

French Natualism (see how it stuck around for a while..?) 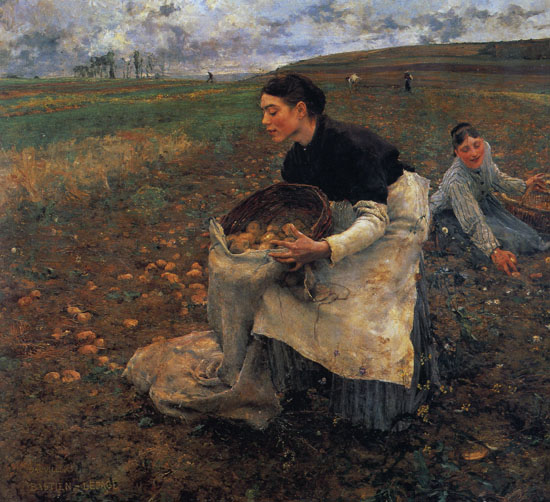 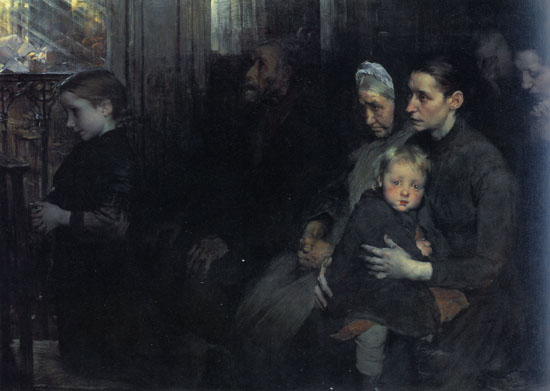 Stalin as an Organiser of the October Revolution” by Karp Trokhimenko

The trouble with social realism is that it became co-opted by the state in Russia and China where other forms of art were completely eschewed or banned outright. Conversely, an entire tradition of social realism has been largely ignored by western art departments in favor of high modernism and post-modernism. This would not seem so unreasonable except for the fact that positive examples of social realism persisted in the Americas throughout the early 20th century (think of the Ashcan School or the Mexican Muralist Movement). Politics inevitably taints the accurate description of the history of aesthetics (and the aesthetics of description), for better or worse. This is why artists and scholars must always be free to pursue their work without intervention or influence by governments or other stifling institutions.

One Response to The Other Modernism