Recently, while waiting to get a haircut, I came across an article in National Geographic about a variety of bird from New Guinea that exhibits a bizarre appreciation for aesthetics. The male Bower bird carefully constructs elaborate structures and collections out of deliberately selected materials, like feathers, stones, and even trash. They are often arranged by color or type with such deliberation that they (to me) appear to be that of human origin. 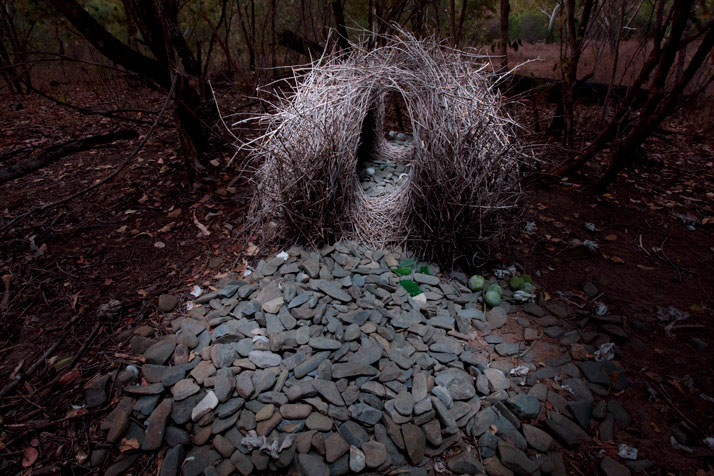 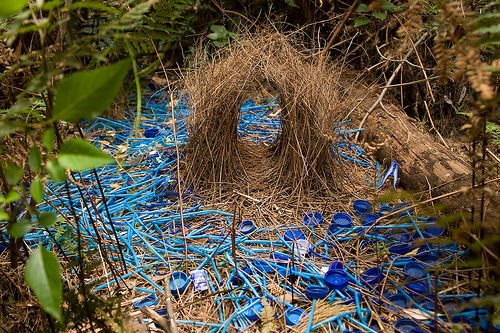 I was particularly struck when I saw the pictures because they look incredibly similar to some of the work by human artist Andy Goldsworthy. 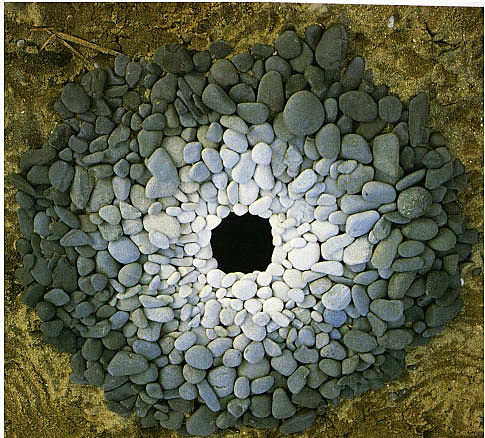 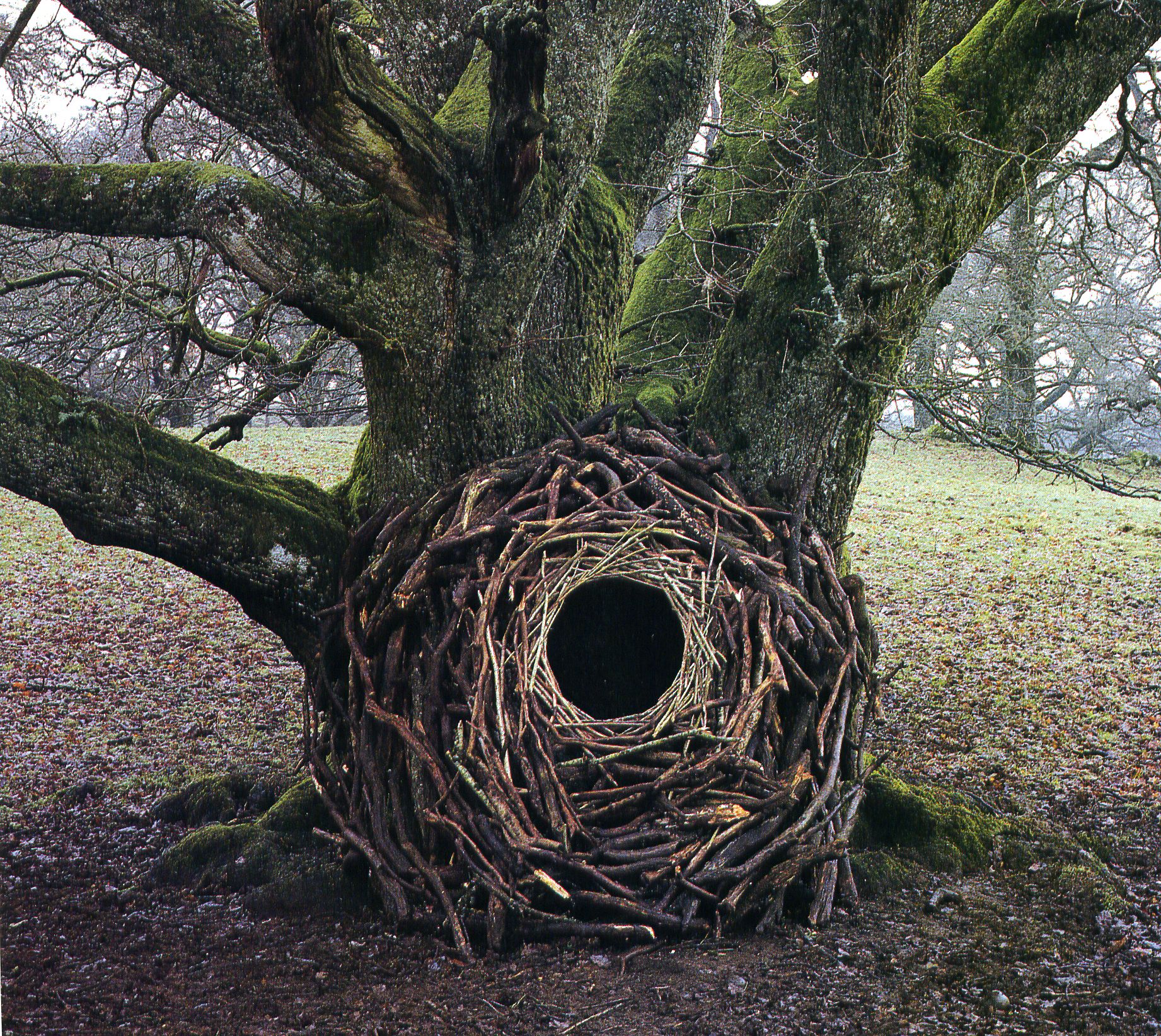 It’s really interesting to see that humans do not have a monopoly on the act of creativity. These birds do not just mechanically repeat the displays of their fore-bearers; no, in some varieties of the species (there are 20 of them), each bird creates an entirely unique display specific to the individual.

According to the article, these displays of artistic discretion are actually sexually selected for; the male that creates the most impressive display of aesthetics will be more likely to pass on his genes. Sadly, this is a circumstance not consistently evident in human populations.

Jokes aside, part of me is skeptical about what is actually going on here. How do we know that the females are actually choosing their mates based on the visual qualities that we humans value in these structures? How can we know what makes for the best Bower Bird “Art”?

Regardless of what we see in the Bowers, we know these structures are created strictly for mating: the females build more traditional nests in trees for the actual egg-rearing. Furthermore, it is pretty clear that visual attraction is a large component of many species’ sexual selection. When you consider a male peacock’s display of tail feathers, it is not a giant stretch to believe that an animal’s attractiveness could extend beyond their inherent markings to include the artificial displays they create.

So that made me feel better about getting a haircut. Because I hate getting my hair cut.